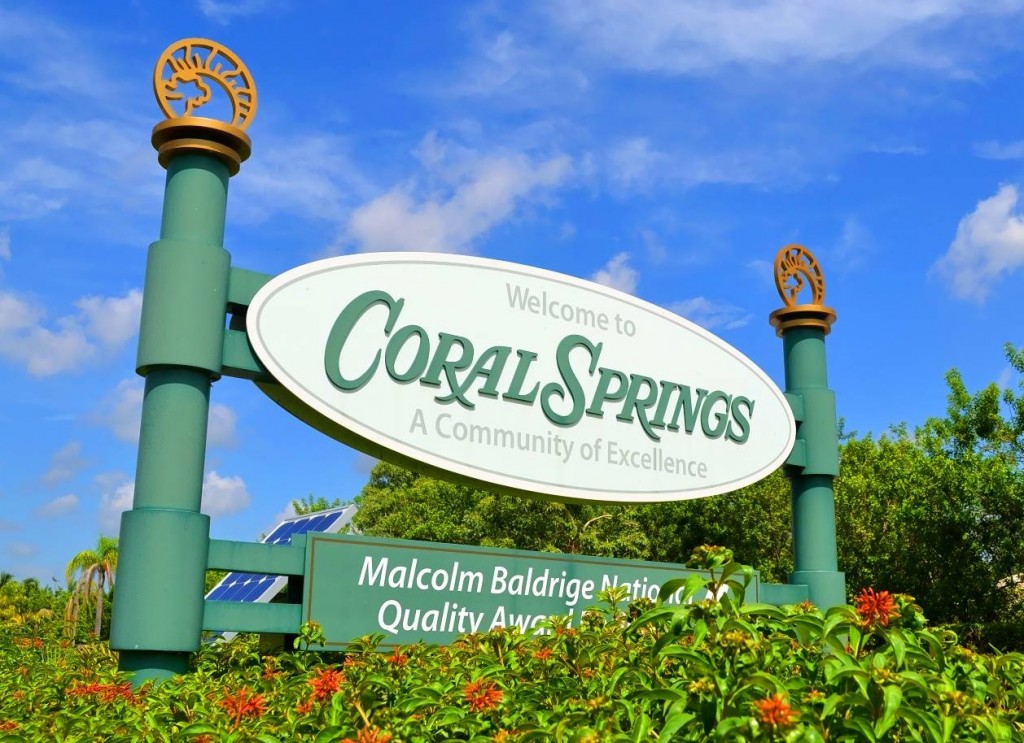 Coral Springs is a sprawling city, with few tall or prominent structures. The tallest building in the city is a 12 story condominium (Country Club Tower), with five more buildings topping out at 10 stories, including three office buildings lining University Drive, one of the city's main roads. Buildings include Preferred Exchange Tower (originally the Bank of Coral Springs Building), 210 Tower, Bank of America Center and the Briarwood Towers.

Coral Ridge Properties established strict landscaping and sign laws for the city—a question in the original version of Trivial Pursuit noted that the city hosted the first McDonald's without the distinctive Golden Arches sign. Restrictions on commercial signs, exterior paint colors, roofing materials, recreational vehicle and boat storage, and landscaping specifications are all strictly enforced; consequently, real estate values in the city are significantly higher than the county as a whole. In 2006, the median price of a single family home in Coral Springs was US$415,000, while the median price county-wide was US$323,000.

The city's downtown is the focus of an extensive redevelopment plan, estimated to cost close to US$700 million. The plan to revitalize the city's core started with an open-air shopping and entertainment center—"The Walk"—and progressed with the construction of "One Charter Place," opened April 2007. When completed, the redeveloped downtown area will offer office, retail, and a new government center, encompassing approximately three million square feet of floor space, in addition to approximately 1,000 residential units and a new hotel.

The City of Coral Springs' Parks and Recreation Department operates over 50 municipal parks, including a water park and a skate park, encompassing over 675 acres (2.7 km2). Coral Springs' largest park is Mullins Park (70 acres). Of the four conservation areas in the city, Sandy Ridge Sanctuary is the biggest, at 38 acres (150,000 m2).

Find a Home in Coral Springs